30th April to 6th May…
Continue

Note:  For those who like to pay attention to the forces at place in the Universe, Madeline Gerwick (www.polarisbusinessguides,com), has some interesting news to report about this time frame – so here’s a head’s up:…

Rumi Says:
In truth, everything and everyone
is a shadow of the Beloved.
And our seeking is His seeking,…

Give Yourself !5 minutes Today to ~anchor into your Essential Self, and lift you into joy, peace and expansiveness.

If You feel you are receiving to many emails from us then please~Go to your page here & you will find settings under your photo.   Click on it then where it says:  Emails, go into that & check which emails from the site you wish you to receive or not.  You have this choice & isn't it a good thing as Martha would say!  Bless you all.  Have a great day~Namaste & so much love.…

Healing with the Masters~ Drunvalo Melchizedek listen for free... Energy of Spirit it is energy of God. Energy run from first chakra to sixth chakra. From one ones man to another man to circle if there are open interchange. Channel of kundalini become more wide and energy run from  seventh chakra to first...it is Spirit of God. Body become light, brain  without thoughts filling but only pleasure lightness and Love.… How to rebuild the New World

How to rebuild the New World

Now let's consider what to do about the dangerous guys who are not sufficiently evolved, and who are incarnated in positions where they have become a danger to the peaceful evolution of our planet. Let's face it! There is nothing we can do on our own. We have seen that a fanatic cannot be convinced by arguments. And we have seen that those who have suffered cannot forgive easily.

These are some You tube videos that are easy to learn.
Sing them all day long while you do you chores and duties.
Every------one
In this way you will understand that going back to godhead is not some fanciful dream---
you will live in Goloka in this very life right now.
No more being in the material world at all---
check them out learn them and feel the bliss.… 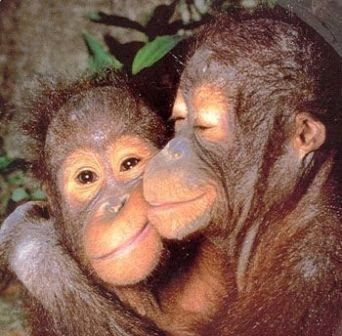 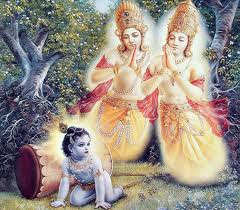 Matter is Imperson Spirit is Person

How do we understand the difference between matter and spirit?
Matter moves according to prearranged rules that were laid down since the beginning of creation.
These rules were originally created by Lord Brahma who first realized these rules by performing TAPA.
When Brahma was born on the lotus flower
That emanated from the Naval of Maha Vishnu
He didn't know where or who he was.
When he realized he was seated on a Lotus that grew out of the water,
He…

Creation of a thought form-- Use of triangles in meditation

One person elects themself the leader

Then two more people join together with that one person

from the triangle all manifestation has been created

In the beginning is the magnificent Shri Yantra

If Krsna favors a devotee then he puts them under pressure and extreme difficulty.
Pure devotees have moral principles. They believe in fair play and honesty.
And the evil dark side seeks to torture those pure devotees for their honesty.
It is not a sin to suffer. To hurt others and cheat others is the sin.
This is the real reason that Krsna appears in the material world, to protect to His devotees from the suffering and torture they endure on His…

I was watching television the other day when my intelligence was once again assaulted by a vocal and unabashed member of the flat earth society. A Republican member of the Texas school board responsible or deciding that evolution should not be allowed in textbooks because it has “no scientific justification” and a concept espoused by those ”Godless left wingers“.

The Threshold Bookcast : Chapter 10 : South Side Of The Sky

Chapter 10 : South Side Of The Sky

The tenth episode of the Threshold Bookcast focuses on Jake Harvey, the popular leader of the New Light Party.

At the start of the chapter, the rookie politician is enjoying a stargazing break on the observation deck of the space station his team and him are visiting.… Wake Up from the dream sleepers

How long will you sleep in the lap of the witch of seperation from one another ? Be different yet also be one be both and join together with your fellow healers.

You can be a lonely straw and easily broken.. But when you band together a whole bunch of straws you have a solid broom and its very difficult to break.
Alone we are a spark and easily blown out, but the more you blow on a fire the stronger it burns…

After achieving a positive and intended personality quietness formulate clearly to yourself and in your own words, answers to the following questions:…