photo by by h.koppdelaney

This is the introduction chapter from the novel,…

Lately I have observed a "drama" situation in my vicinity that highlighted this question, "what can I get??" Somehow it struck  a heavy chord in my heart as I too am guilty on falling into this space of Conditional Love, as I understand it.  It made me ponder on it and ask this question, "Why are many of us hanged-up in knowing what is in for us before we can truly give?"

Love is defined as Giving, and giving "unconditionally." This may be a hard act to follow to many,…

The Soul Knows Itself

Can a fly understand the world?  Can the fish realise what the life of the bird is?  Can a… We Hear Your Prayers For Assistance And Support

Ask your angels to help you heal any thoughts and emotions. This assists in removing any blocks that stand between you and all that you desire to create. Open your heart to receiving. As you honour and follow the guidance of your heart, the more…

June ends with some tenderness and nostalgia. Love is in the air - thanks to the monthly Moon-Venus union in Gemini (12:34AM PDT). This happy alignment is also a boost for your creative artistic expression. However, it also starts a void lunar cycle that continues until 9:14AM PDT when the Moon enters the sign of its natural abode - Cancer.

Meanwhile, during the void twilight zone, the Moon also forms a parallel to Venus (2:49AM PDT). Romance appears to be budding in a… Continue

Scenes from a Journey #1

The conference was complete. A gathering of people, who had come from all over the world to share and learn from one another about many aspects of Being. My wife and I had enjoyed the week-end and were walking the property where the conference was held, one last time, before returning to our motel, packing our things and heading to the airport, and the flight home.

The host of the event was coming out of his home, and we met and exchanged greetings. He had been very busy during the… You are almost there, don't turn back just yet. Sit by the side of the path for a bit if you feel you need to regain your footing, however the angels wish to remind you that now is the perfect moment to act upon your inspirations and charge ahead.

May Right Be Revealed, Unveiled
By All Unto All.

May Mercy Nature Be Consented
By All Unto All.

So All May Be
The Sea

Think on This...
For many an individual entity those things that are of sorrow are the greater helps for unfoldment . . .

It has been my honor to share Mr Cayces' readings over the last couple of years. They have been inspiration and… Continue

The "Second Coming" Occurs Inside of You!

The energy of the whole has taken possession of you. You are possessed, you are no more, the whole is.

Time changes, the world goes on changing, but the experience of silence, the joy of it, remains…

Combining the equivalence of a circling dynamical opportunist;  frequented by the combing reverence of a name, births the carrier into direct pulsation of its creation. A vehicle of form bridging the heavens by the subtle components refining themselves instantaneously, moment by moment. Non linear objectives hence are personified by the congeniality of its calling. We respond to light and call into its vibrancy by becoming its emanation.

By what name do you respond to? Envelope into…

Tickets for the Clear Creek Festival for Peace and Freedom are now on sale at reduced price for a limited time. If you're on a limited budget the time to buy is now. $25.00 per day, $65.00 for a three-day pass (can be used for any three… 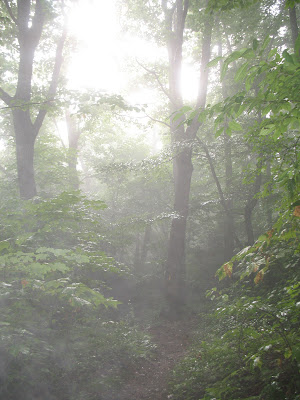 When I was but alive, Though…
Continue

Just a few miles outside of Winslow Arizona sits scenic Clear Creek, McHood Reservoir Park, and "The RockPile Amphitheatre". On September 2nd through the 11th a most unique…

Think on This ...
One that fills the mind, the very being, with an expectancy of God will see His movement, His manifestation, in the wind, the sun, the earth, the flowers, the inhabitant of the earth; and so as is built in the body, is it to gratify just an appetite, or is it taken to fulfill an office that will the better make, the better magnify, that the body, the mind, the soul, has chosen to stand for? and it will not matter so much what, where, or when--but knowing that it is… Continue Find Some Quiet Time To Look Within

Now is the perfect time to go within and contemplate where you have been and where it is you would like to go from here. Taking time and space for yourself gives you an opportunity to reflect on the way ahead, recoup from life's challenges, and prepare for the next…

Get Out Of The Box

We are our own individualized selves with our own DNA codes, our own viewpoint. The way we see, sense, smell taste, touch, show emotions, and the way we communicate with each other are all wrapped up in one bundle that makes us who we are, as individualized Spiritual beings.

Mother of the world

Take me into your depths

Uplift my spirits into the coming

Carry me into your Grace

Rise into my womb

Cascade from the heavens

And meet me at heart

Beaming as all that is…

With every beat of experience

Every rhythm of the call

Deeper is descend deeper I Rise

And So it is