Returning to Our Innocence Returning to our innocence.............that joyful part of childhood when we were still new to this physical world. Everything was fascinating, and watching a baby grow through their developmental stages from first smile to first steps, is just a sheer delight! Such wonder in their little faces when they discover their toes and their many uses, and also being…

Going Through the Opening

Going Through The Opening
Contracting Before Expanding

Sometimes our lives contract before they expand. We may be working hard on ourselves spiritually, doing good in the world, following our dreams, and wondering why we are still facing constrictions of all kinds-financial, emotional, physical. Perhaps we even…

The Relaxed Soul on “The Unity of Man”

The Relaxed Soul on “The Unity of Man”

There are those who promote differences,

who strive to show that we look different,

that we speak differently, and have different ideas and knowledge.

This way of thinking relies on selfishness as the answer to all things.

Yet… there are those who see the ONENESS of it ALL…

In the heart is a pulsation of life becoming life that is the established rhythm of the cosmos reflected from the heart of God to the heart of the Great Central Sun, through the… The spiritual awakening continues in all societies around the world. It is inevitable as the world is going through a massive transformation of consciousness, albeit, through many chaotic and violent circumstances. As the energy of spirituality rises, so too does the negative energy of control over people's minds and lives by…

Keeping the Spirituality in Christmas

Remembering that this day is in fact a gift from the Divine. If Jesus had not decided to incarnate on Earth and live the life he chose: a life that would teach humans how to be humble, how to be kind to others, how to have strength in times that…

Who Were the Three Wise Men? Pt.1

Taken from the book:  Intermediate Studies of the Human Aura
by Tibetan Master Djwal Khul ~

~  A Pulsation of Life Becoming Life  ~

Children of the One God:

I address myself to those of you who have pursued the auric studies set forth by my colleague and friend the Ascended Master Kuthumi. And to all who have not had the privilege of reading his words and following the cadences of his thought as the ever-widening circle of the aura of this blessed…

The Light Wave of the November 23rd Aion alignment (a merkaba forms around the Sun) is already pouring in as I write this. The gateway of November 23 – 29 is upon us and I AM excited for this passage as these dates have presented to me for a while.

We have intense photonic-magnetic light hitting our…

The following excerpts from ~ Sadhana -- The Inward Path ~  typed from the original book of that name.

1. Bhakti or devotion to God is not to be judged or measured by rosaries or candles, daubings on the forehead or matted hair or jingles on…

Spirituality as a Living Awareness ~ Cayce

Spirituality as a Living Awareness

Taken from The Edgar Cayce Readings

Although religion often deals with form, spirituality generally deals with an individual's application of his or her individual knowledge or awareness. Since our natural state is spirit, reawakening to full spiritual awareness is one of the…

The Deception of Perception

THE DECEPTION of PERCEPTION: Cut through the illusion to know what is true

The ability to think is a wonderful and useful tool. Yet we have a hard time separating what we perceive from how we think. We make the capital mistake that Sherlock Holmes described as a tendency to…

The Power of Awareness by Deepak Chopra The Power of Awareness by Deepak Chopra

We are not onlookers peering into the unified field–we are the unified field. Every person is an infinite being, unlimited by time and space. To reach beyond the physical body, we extend the influence of intelligence. As you sit in your chair, every thought you…

Most People's Thinking is Involuntary, Automatic and Repetitive

Human life.........what a joy and what a pain, seeing and experiencing the flip-side of life almost everyday.  It's a peaceful day when one can reclaim their life by reclaiming their thoughts, and thus their actions.

According to Eckhart Tolle, "thinking happens to you." He goes on to say : -

" The voice in the head has a life of its own. Most people are at the mercy of that voice; they are possessed by thought, by the mind. And since the mind is conditioned by the…

Each morning I offer my body, my mind, and any ability that I possess, to be used by Thee,

O Infinite Creator, in whatever way Thou dost choose to express Thyself through me.

I know that all work is Thy… 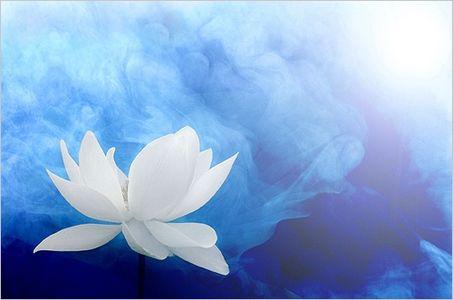 Emotional Wisdom is the mental development of heart and mind. It’s a quality of awareness; a presence that allows us to reflect on our lives lovingly, and leverage this knowledge to connect in ways that touch, shape, and heal the global human heart.

One measure of Emotional Wisdom is in how consistently we manage…

True Reality is Not This Illusory World Sharing a short explanation of "illusion" from The Course in Miracles ~

" something that is believed to be real but is not; the ultimate illusion is the separation from God, upon which rest all the manifestations of the separated world which may be understood as distortions in perception; i.e., seeing attack instead of a call for love, sin…

Nityamukta Ananda: The Purpose of Life

What is the purpose of life?

It is to find out who we really are; the realization of our True Self or Atman.

That is the main purpose of every human being. All other purposes have a secondary place in our life. Self-realization, self-knowledge, God-realization, liberation, enlightenment, are synonymous terms. They point to the same goal. The realization…

Seeing Others in their Highest Light

No one is well-served by another who, either consciously or unconsciously, talks about disease. The best…