5 Ways Of Dealing With Depression Without Drugs

5 Ways Of Dealing With Depression Without Drugs

Feng Shui can be used to help alleviate depression and feelings of being
"stuck," which are so common in today's society. Often, an individual
just needs a gentle nudge to return to… Continue

The Dharma - the Buddha's teaching - is about letting go of the story line
and opening to what is: to the people in our life, to the situations
we're in, to our thoughts, to our emotions. We have a certain life, and
whatever… Continue

Here's your October LOVE!!!
Thanks to the rocket scientists at Google and YouTube it appears the original Marty channel is locked out forever... here's the new Marty UTube space... join and become friends with the little guy, he's pretty frustrated at having to upload all the old videos all over again.
https://www.youtube.com/user/MartydaSquirel

Marty is located on the web at:…
Continue

Think on This ...
From what may anyone be saved? Only from themselves! That is, their individual hell; they dig it with their own desires!

Are you grounded, balanced and enlightened?

Keeping a healthy physical body, mind and emotions for the important purpose of comfortably welcoming and housing your spirit self is a full time job. The living results that you achieve depend on your personal awareness, watchfulness and many times your willingness to innovate. Flexibility of thinking and action is necessary.

Being in the “now” moment, fully present, is a good thing but by itself, it is not enough. In addition… Continue 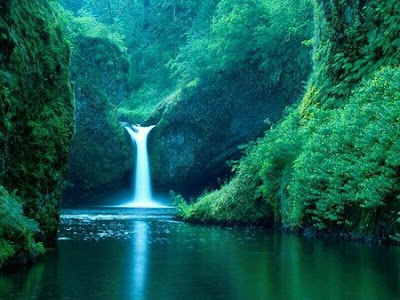 What is a Karmic Debt?

A karmic debt is, basically, any cause that hasn’t yet found its effect.

According to the rishis, punishment in the afterlife is the result of unpaid karmic debts. If I commit a crime and don’t pay for it here on Earth, I will pay by suffering later. Hell is the condition of karmic
suffering. It is worth…

("Octoccata Freeway" by Christopher Stewart based on this Interstate Shield)

« Vibrastinato, » the third movement from « Octoccata, » gets its name from the combination of vibraphone and ostinato, and features an abundance of…

Think on This ...
. . . Count it rather as an opportunity, a gift of a merciful Father, that there are the opportunities in the present for the sojourn in the material influences; that the advantages may be taken of opportunities that come into the experience, even through the hardships and disappointments that have arisen.

Be all; worlds dissolve into your stainless endless radiance,

Frail living leaves burn with you brighter than cold stars;

Make me your servant, your breath, your core.

THE KEY to TRUE TWIN FLAME REUNION by LIORA

Collapse duality within and change the hologram

We live in a holographic universe. What is within is without.

What does this really mean?

The journey begins before we incarnate. We choose our specific parents, that have the specific frequency, designed to take us on the soul journey of the chosen lesson for the lifetime.

A song for the sea Yet somehow it was fated
by the thunderers infinite will
that the lightning seed descended
with a gap between the two.

« Igorchestral, » the second movement of « Octoccata, » has been thus named because of the inspiration for the music, and the selected arrangement.…

The Energy of a Trading System

The energy of a trading system.…

Quote for the Day

“Excellence
is an art won by training and habituation. We do not act rightly
because we have virtue or excellence, but we rather have those because
we have acted rightly. We are what we repeatedly do. Excellence, then,
is not an act but a habit.”

With the seasonal transition into Fall, change is motivated by
the movement of the earth around the sun; there is no getting around
this. So as the world changes and the seasons pass, so must our
lives in tandum with it.

Our lives are made up of the building blocks of change.

This can be traumatic or it can be less so. The single most… Continue

Think on This ...
Man's destiny lies within his individual grasp, doth he take hold upon those laws, those self-evident truths. Applying them in his relationships one to another there may come the knowledge that He walketh and talketh with those who would, who do, exalt and glorify His name in the earth . . .
He was in the beginning, He is the end. And as ye walk in the light of His promise, of His words, ye may know the way ye go. For His light shineth in the darkness and maketh the… Continue

Good morning to all of you and have a divine blessed day ahead …..


A careless person who takes everything in a casual manner in worldly life is very likely to be so in spiritual life too. If he does not…

Art can be a reflection of the love of The Beauty. ”The love of beauty is ultimately the love of The Sacred” (Beauty as a spiritual quality that always attracts the higher elements of the soul. G_d, (The Divine, Source of all) is beauty. –Beauty is related our final end and our deepest need”. Quotes from Dr Sayeed Hossein Nasr.

-In the evolution of culture the artist chooses to articulate, represent, document, the visions of humanity as we clarify and move towards the good, beautiful… Continue

I have Loved… Continue