The Science of the Antahkarana‑Understanding Humanity’s Relationship to Its Celestial Home In Thee is hidden the knowledge of the universe.In Thee is born the striving to behold the mysteries.1 …

How to Become a Warrior of Light

An Open Letter To the Entire Human Family

The Science of the Antahkarana‑

Be Ye Changed by the Renewal of Your Minds

Chakra Energies and their Herbal Correspondence

Chakra Energies and their Herbal Correspondence

The medicinal benefits of herbs have been recorded for centuries. Herbs were extensively used to cure practically every known illness and have been documented by Egyptian, Roman, Native American, Persians and Hebrews alike. Many herbs contain powerful ingredients that, if used correctly, can help heal the body. By using herbs in their complete form, the body's healing process utilizes a balance of the ingredients…

Successful Affirmations: Why & How...

Spiritual channeling is a process whereby an individual becomes the channel and the spirit speaks for them. Instead of contacting departed loved ones the entities that normally come through are guides. The information may not have great impact, however, the source seems to hold more weight or at least provide a different perspective.

Many channelers have the same entity or entities repeatedly. The entities that are being channeled, often discuss…

What are the Signs of Attachment?

What are the Signs of Attachment?

"The doctor says all the tests came back negative, but I know something is wrong."
Entities and negative energies can have varying degrees of influence over their host, ranging from a mild energy drain to almost total possession (which is extremely rare). Some tell-tale signs may be:
Continue

How to Create a Fairy Garden in a Container

How to Create a Fairy Garden in a Container

What fairy could resist resting her wings on a cozy bench beneath a tree, with moss at her feet and dainty flowers to admire? Create a miniature container garden that the fairies are sure to call home

Our Role at This Moment on Earth

Our Role at This Moment on Earth

Meeting the Shadow: From Dante's Inferno to a World of Compassion

* Essential oils are very concentrated. Their safe use requires they be treated with care and respect. The user should be knowledgeable about their properties and actions before any use. Most personal applications require drops rather than ounces.

* Keep oils out of reach of children and away from pets. Please do not ingest by mouth. Because of the potency of certain essential oils, proceed carefully and with…

Criticism Leads to Anxiety and Fear

The Eleusinian Mysteries:The Psychedelic Cult That Thrived for Nearly 2000 Years 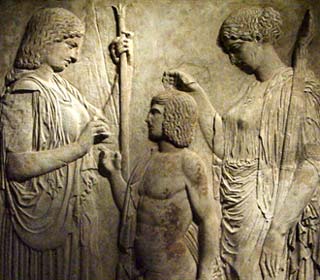 Amaranth belongs the Spinach family group and more than 60 species of
amaranth are found, and the three varieties are very popular,
botanically known as Amaranthus Gangeticus and generally called as
China Spinach. Amaranth leaves, grains are being used as food source by
the people of all countries for its potential health benefits. Amaranth
leaves…

Properties: Gentle and yet probably the most vibrant loving stone to heal the
Heart Chakra, especially for giving/receiving love. Rhodochrosite is the "Stone
of Love and Balance". Also for loneliness, loss, heartache, fear, insecurities,
inner-child issues, abuse and incest. Helps self-forgiveness, deservingness and
trust issues, spiritual and…

The Breakthrough of a New Era

The Breakthrough of a New Era
Written by Kingsley L. Dennis | …
Continue

Sorry I have been absent lately!

I just want to say to everyone that  I am sorry that i have been absent, but actually I have had some important family matters to attend. I want to apologize for my absence, but at the same time I want to bring to everyone's attention that I do have  other websites and work I need to attend to, not to mention the Taxes for the nonprofit. So, understanding everyone's need, it seems some are quite frustrated by my absence, but the only thing I can say is: Sorry, I am human…