The three phases of god realization the holy trinity

The supreme realization of truth happens in three distinct phases
or steps. Usually following in quick succession.The aspects of the holy trinity.First phase has certain mantras ascribed to it depending on what particlar hierarchy you use for designations.
Lets go to the mother language of the planet sanskrit
Sanskrit is strictly a tonal vocabulary where each syllable is a musical note that has a designated map in the mouth. That point in the mouth is called the Lalana chakra------( welcome to la la land)
which vibrates on a specific point in the corpus collosum in the brain.

The three steps to the Rosy Cross Bhagavan
God the father the origin of all living things

Paramatma supersoul realization--
The awareness of the expansions of the supreme trinity within the heart chakra of all livng entities. 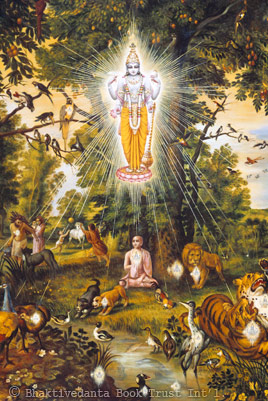 Close encounters of the first kind

The supreme is everywhere and within all things